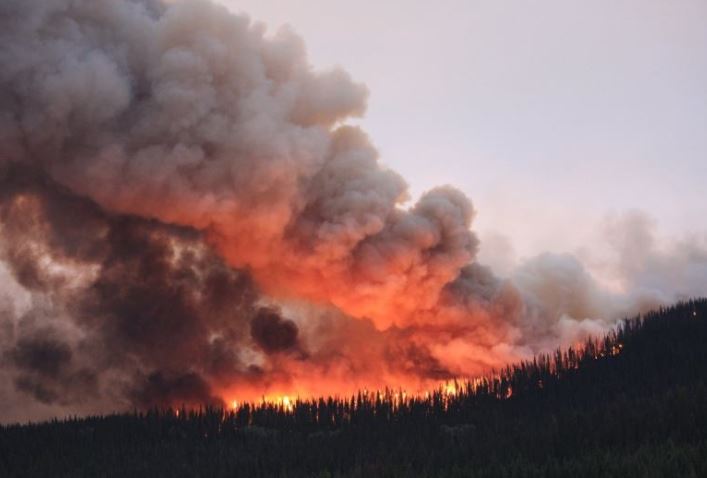 Three villages southwest of Berlin have been evacuated as a wildfire the size of 400 soccer fields spread Friday.

More than 500 people had to leave their homes as a result of the fire in Treuenbrietzen, some 50 kilometers (31 miles) outside of Berlin.

Police said that their plans to extinguish the flames have been complicated by old ammunition from World War II, that was still buried in the forests and which could explode due to the fires.

The fire started Thursday afternoon and spread quickly through the dry pine forests. By the evening, the authorities had evacuated the villages of Frohnsdorf, Klausdorf and Tiefenbrunnen.